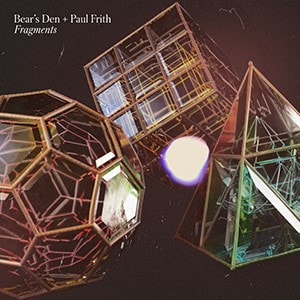 1 available
Add to Cart
Bear's Den are beloved by their fans for the way their songs have woven themselves into the fabric of some of the most bittersweet chapters of their lives. Last April the band released their 3rd album ‘So that you might hear me’ which debuted at no. 13 in the UK charts, no. 4 in Belgium, and top 40 in Germany.

Fragments is a collaboration album between Bear's Den and award winning composer Paul Frith, stemming from some live shows in 2018. Fragments sees Paul Frith rework and arrange a number of songs from the Bear’s Den catalogue with an orchestra; from adding orchestral flourishes to the originals to completely pulling apart and reimagining tracks - hence “Fragments”.