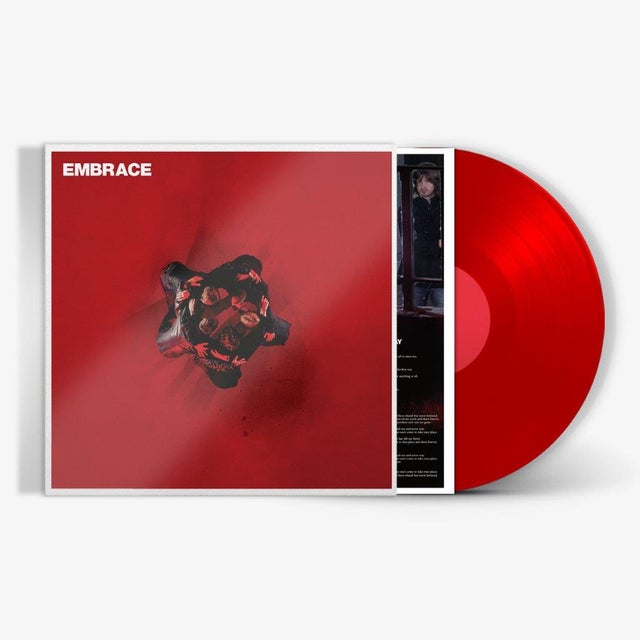 Embrace ~ Out Of Nothing

Sold out
Add to Cart
Following in the footsteps of Oasis and the Verve, Embrace became a pop sensation in post-Brit-pop Britain, breaking through in the late ‘90s. The group—hailing from Huddersfield, West Yorkshire, England—had a knack for big, anthemic hooks, which they transform into sweeping, sprawling, lugubrious rockers. The band consists of brothers singer Danny McNamara and guitarist Richard McNamara, bassist Steve Firth, keyboardist Mickey Dale and drummer Mike Heaton.

First ever vinyl reissue of the long-deleted UK #1 2004 album ‘Out Of Nothing’ by Embrace. The band’s first release signed to London’s Independiente label includes UK top 20 singles “Gravity” (no. 7), “Ashes” (no. 11), “Looking As You Are” (no. 11) and “A Glorious Day” (no. 28). Embrace’s highest selling album certified at 2 x Platinum in the UK. The album will be reissued as a 180-gram 1LP for the first time, with printed inner sleeves and a free download code. Cut at Metropolis Studios, London.