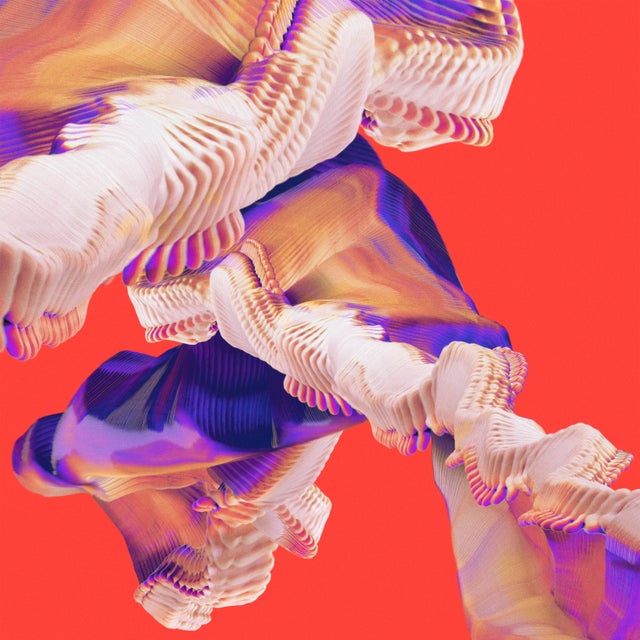 Two years in the making, “Isles” expands on the artful energy of their 2018 debut “Bicep”, while digging deeper into the sounds, experiences and emotions that have influenced their lives and work. They describe “Isles” as “a snapshot in time” of their work in this period, with the tracks designed to evolve in their different iterations from record to live show and beyond. “This is definitely the home listening version,” says Matt, “the live version will be much, much harder”.
Bicep’s globe-trotting sound was forged as their own rapid ascent through the musical ranks began. After starting their legendary FeelMyBicep blog in 2008, its humble trove of Italo, house and disco deep cuts grew into a runaway success, regularly chalking up over 100,000 visitors a month. Once the blog had spawned a record label and club night, the duo were propelled on to the international stage via sought-after DJ sets that reflected the eclecticism of their online curations. Following success with productions for Throne of Blood and Aus Music, Bicep were signed to Ninja Tune in 2017, where they released their wildly acclaimed self-titled debut album the following year, attaining a Top 20 entry in the UK charts, and a cover feature in Mixmag to add to the magazine’s gong for “Album of the Year”. Tracks like  ‘Opal’—and the subsequent Four Tet remix—as well as he record’s lead single ‘Glue’, with and its iconic Joe Wilson-directed video, became touchpoints for electronic music in 2017, with the latter named DJ Mag “Track of the Year”. The ‘Glue’ video, alongside Bicep’s RA Live performance were also recently included in the lauded ‘Electronic’ exhibition, first shown at the Philharmonie de Paris last year and currently at London’s Design Museum.
The album was followed by a massively successful tour, which saw them raise the roof at Primavera, Coachella and Glastonbury before a triumphant three-night sold-out run of shows at Printworks in London. The pair sold out their two forthcoming Brixton Academy shows in a matter of minutes, and amassed a 10,000 person waiting list once tickets were all gone. Additional headline dates across the UK, EU and US are hoped for in 2021, including a headline slot at Field Day in London, as well as performances at Parklife, Roskilde, Creamfields, Primavera, MELT! And more.
With the live music & touring industry in a state of flux, Bicep recently undertook a one-off ticketed livestream performance—one of the first of its kind for an electronic artist—broadcast across 5 different timezones, and watched by people in over 70 countries, with visuals by close BICEP LIVE visual collaborator Black Box Echo. Bicep will also launch their ‘FeelMyBicep Radio’ show on Apple Music in October, giving listeners an insight into the music that has shaped everything in the world of Bicep, with shows set to continue monthly throughout the coming year.
Bicep are also ambassadors for Youth Music, a charity working to change the lives of young people through music and music production. Both take an active role in mentoring young people coming through YM programmes, reflecting their own eagerness to give back as musicians who themselves received industry support when they were coming up.