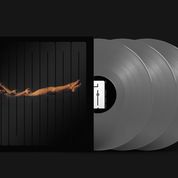 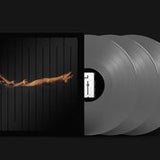 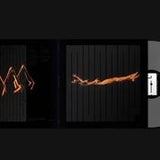 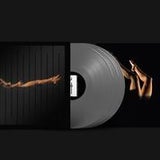 Sold out
Add to Cart
Murcof, the primary project of producer Fernando Corona, returns to The Leaf Label for the first time in thirteen years with a mammoth and visionary double album, The Alias Sessions.

This collection brings together all the elements incorporated into the project to date - meticulous sound design, ghostly samples, forceful beats, diaphanous atmosphere - but pushes the sound even further in terms of both abstraction and beauty. This is electronic music of exquisite tension and ecstatic release, moving from barely audible details to explosive peaks, much of it delivered by earth-moving bass.

The Alias Sessions is the most ambitious and wide-ranging Murcof album to date - less about the individual components of a track and more about the cumulative force of the set as a whole. Corona has composed several film scores and that experience with atmosphere informs these tracks. The record benefits from careful and focused attention, preferably over longer periods - it’s too expressive and dynamic to remain in the background.

Corona began work on this music in April 2017, when he met with choreographer Guilherme Botelho, leader of Geneva-based dance company Alias, about a new performance piece - ‘Contre-Mondes’. Versions of these compositions make up the first half of the album. Corona continued work with the organisation for a 2018 performance entitled ‘Normal.’ which now forms the second part of the record.

“I’m always looking for new unheard sounds,” Corona says. “To create weird associations and contrasts between sounds of a different nature.” The Alias Sessions is the glorious result of this desire put into practice.

- Murcof returns to The Leaf Label for the first time since 2008’s The Versailles Sessions.
- That journey began with the classic debut album Martes in 2002, and took in Utopía (2004), Remembranza (2005) and the epic Cosmos (2007) .
- Lead track ‘Underwater Lament’ (released Jan 13 2021) is accompanied by brilliant and unnerving video featuring the disembodied limbs of the Alias dance company .
- A versatile and in demand collaborator, Murcof has operated in the contemporary dance, film and television worlds, and worked with the likes of Talvin Singh, Erik Truffaz and classical pianist Vanessa Wagner.
- Murcof has an incredible reputation for his full AV live shows, having performed at prestigious music and arts festivals around the world, including Mutek, Sonar, Atonal and the Montreal Jazz Festival
- He will return to the live arena in 2021.

“By mixing the beats and glitches of electronic minimalism with the orchestral drama of 20th century classical, he spurred the creation of a new kind of home listening market populated by Marsen Jules, Max Richter, Deaf Center and Ryuichi Sakamoto in various collaborations”
Resident Advisor

“Corona seems to hear music differently, allowing him to compose tracks that sound like no one else”
Pitchfork

“What’s extraordinary about Corona’s Murcof project is that is has cut through the narrow confines and splintered genres of dance, electronica and experimental creative music to find a bigger audience”
The Guardian

“Disturbing panoramas of sound that combine the electronic and live instrumentation in a seamless and unique way. Superb, dark ambience that needs to be heard”
DJ